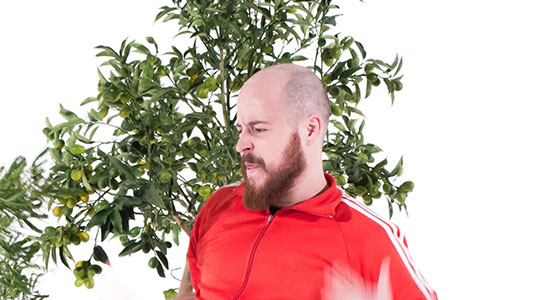 Cyprien Rausis is born in Switzerland in 1988, since que was young he trained in the theater school l’Alambic in Martigny, his town of origin. After studying high-school in spanish, and coursing pedagogy in the Fribourg University, he fusions his passion for theatre and spanish and starts his career in between Switzerland and spain. Based in Madrid since 2009, he studies Body Expression at La RESAD. He is part of the theatre companies Cachaba Teatro and ElViajeEntretenido. He receives the first prize for the “Certamen Jóvenes Creadores de Madrid 2015”, thanks to the collective creation “Viejos”. Also he wins a special mention for “El Mágico Prodigioso” of the company ElViajeEntretenido, at the Barroc children’s Festival of Almagro in 2015. In Switzerland he works in the Le Jeune Prince et la Vérité of the Compagnie Générale de Théâtre directed by Mathias Urban and in Amores de Cantina, bilingual musical drama, in spanish and french, adaptation of the chilean autor Juan Radrigán with the Théâtre Spirale, directed by Michele Milner. Cyprien also works in different pedagogical productions in french, for high-schools in Spain to understand better some of Molière’s works like L’Avare and Le Malade imaginaire with the company BricAbrac Teatro.