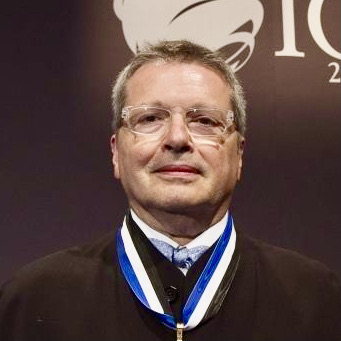 António Lagarto is a prestigious Portuguese set and costume designer and artist. Graduated at St. Martin’s School of Art (Sculpture) and the Royal College of Art (Environmental Media), he has developed his work between Lisbon, London and Paris. He has been Director of Teatro Nacional D. Maria II (Lisbon’s National Theatre), he has also been Director of Festival Internacional de Teatro – FIT (Lisbon’s International Theatre Festival). Since 2007 he is in charge of the Department of Set and Costume Design at Lisbon’s Escola Superior de Teatro e Cinema (Theatre and Cinema School).

Lagarto started his career in performance art and environment / installations. His work has spanned from installations to photography, film, illustration, graphics and interior design. In 1978 he initiated his professional activity in set and costume design. Between 1975 and 1981 he collaborated in several art and design projects with architect Nigel Coates.