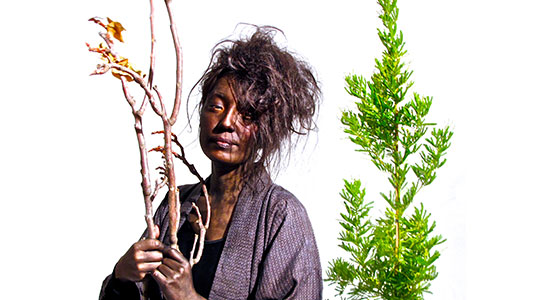 Iara Guedes is a multidisciplinary brasilian artist, born in São Paulo (1976). She has studied dance and performance in the University of Communication and Arts of the Body (PUCSP) from 1999 to 2002. Her interest in animations and their potential for performances begun in 2004. From then she has researched new technologies and visual graphics generated by computer. Ira graduated in Digital Cinema in the International Academy of Cinema and Animation of Characters in the Melies School from 2008 to 2010. In 2014 she moved to Berlin where she explores animal and human mutation in the beginning of the XXI century. Her last works are “THE BURNING FOREST” and “SAVE THE LAST MERMAIDS” performances with video projections, presented in Berlín and Bologna in the Food Art Week in Entretempo Kitchen Gallery, of Berlin; other recent works are “BEYOND NARAYAMA MOUNTAIN:AN ANTHROPOCENOPHAGIC BALLAD” — 2017, performance with Tereza Guedes, presented in Entretempo Kitchen Gallery and Das Kapital, in Berlin; “LIVING WATER” — 2016, presented in Entretempo Kitchen Gallery, in Berlín and the Paris Food Art Week 2016.
Iara Guedes Vimeo 1
Iara Guedes Vimeo 2