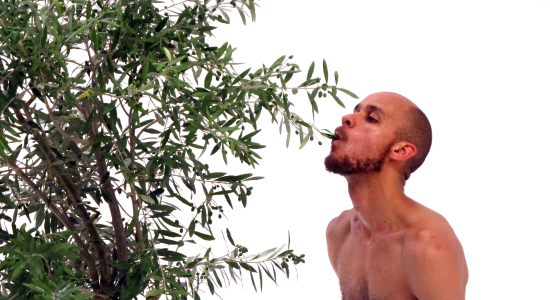 Joahn Volmar, a dual citizen from Spain and French Guiana, discovers his interest for the movement of the body when he is 19 years old. Since 2009, he has worked as a dancer and performer in various projects and companies such as Protein Dance (UK), Cie Color Dansa (ES), La Fura dels baus (ES), la Cia Latamaida  (ES), la Cia Ximena Carnevale (ARG/ES), Cia Manuela Nogales danza (ES), Cia dlcAos / Manuela Barrero (ES). He has also collaborated with the Simon Fraser University of Vancouver (Canadá) in Barca, and in the Integration Dance project of the dance company El Mur (ES) and in the Steptext dance project (DE). Since 2013 he has been developing his own dance and scenic arts research project:  The Third One Project.