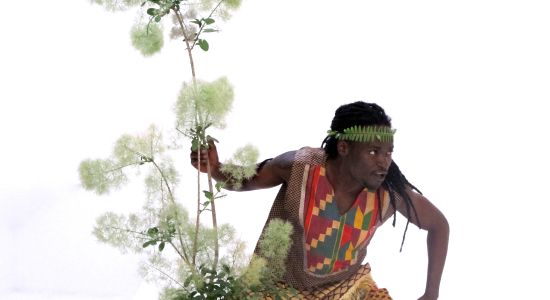 He is a multifaceted and spiritual dancer and is immersed in a constant research about movement, his nuances style is full of tribal and contemporary influences. He is originally from Ivory Cost, and belongs to Akan Ethinic group. He has received training in traditional african dance and has worked with dance companies such as Djolem and Mother Africa Circus performing on several european tours. He furthered his dance education performing with the Talehi Company. In Spain, he collaborates with Mandjani Cultural Association and he has performed in the Veranos de la Villa 2010, Sala Galileo, Afric Vive, Festival Fiestizaje in León, Smart Stage and the show Cuatro TV Fama a Bailar.